The crew woke up at 5AM to fly out of Fort Lauderdale. We stayed in a Rodeway Inn, the cheapest hotel available in Miami, but with surprisingly comfortable mattresses. The hotel was tacky in everything from the gift store to the landscaping. We were groggy when we stumbled into the overfilled Terminal, and began a slow, steady haul through security. On the plane, my mind jolted between sleep and consciousness, relying on just the 4 hours of rest from the previous night. Within a minute, we were descending to Port-au-Prince, the capital of Haiti.

The city lies in the mouth of the bay, with 3 million people sprawled in 1 story shacks made of concrete and steel. The crew climbed into the bus, and we went up and up on roads without traffic lines, past motorcycles, markets, high walls with barbed wire, cell phone adds, and armed guards. After 30 minutes, our bus pulled up to a gate, beeped a few times, and an armed guard slid the steel door open. We pulled into a grand place, with a pool on our left and a two-story gingerbread house on our right. The property is heavily covered with trees, vines and shrubbery that brought us right into the allure of a tropical forest. Cedric’s aunt (Magali) owns this property and later explained that it was built one hundred years ago for a dutch trader and has since been occupied and worked on by many famous people. The Gingerbread architectural style is characterized by elaborate detail, and often large verandas that create a grand feeling to the house while seamlessly bridging the outside to the inside. This house has a magnificent porch and balcony on the second floor.Additionally, the house has 15’ high ceilings. These help keep the rooms cool by allowing the hot air to rise and by adding thermal mass. 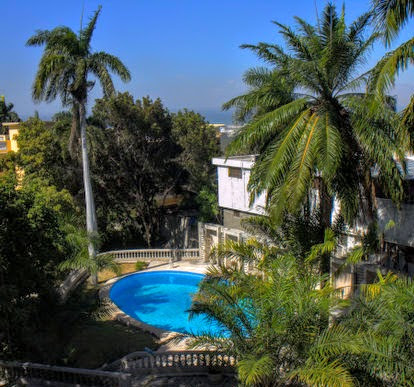 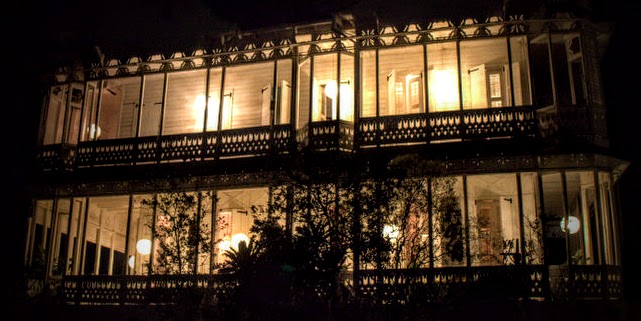 By the time I awake it was time for dinner. we take the bus to Cedric’s own home, another hundred-year-old house built with high ceilings and a welcoming porch. Cedric’s mother, Nancy, is very hospitable, feeding us ham, chicken, salad, fried plantains, okra, zucchini and flan, all prepared carefully at home. We discuss the school we are to build, everything from architectural elements to curriculum to culture. I think back to the Nicaragua site survey that happened before SNN, and I think about the cyclical journeys we go through, and what we could have done better, and all the challenges we’ll face and excitement we’ll have for this project. 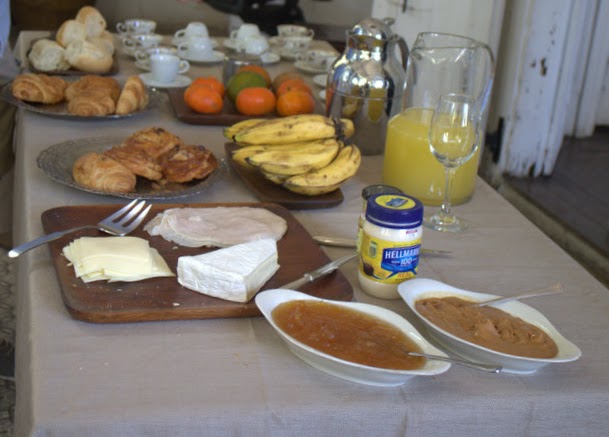